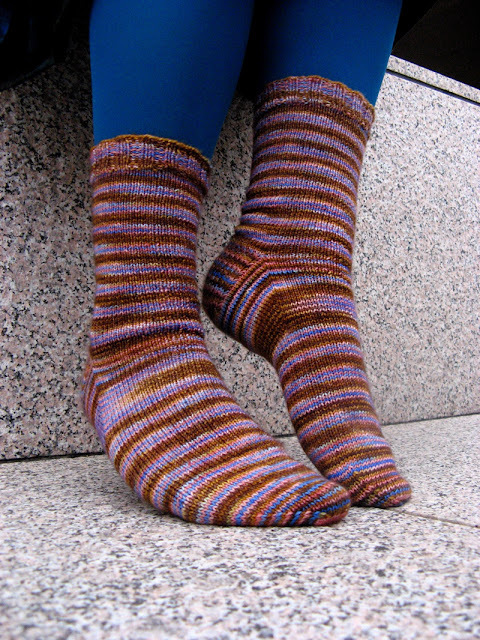 Whew!  It's been a while.  I've been pretty busy with school: a few weeks ago I went to Kenninji in Kyoto to see a dragon painting, the next weekend I went to Namba for karaoke and clubbing with a bunch of friends from school (surprisingly fun, since I am not a clubbing kind of girl), and this last weekend was spent writing a cinema paper and going out for okonomiyaki and sake with my jazz piano teacher.  In between all of that, I managed to knit a pair of socks in a week.  This is the previously mentioned Madtosh sock in colorway Home, and I'm in love with the stitch definition and colors.  I can't wait to work with the semi-solid colorways that I have, in Robin's Egg and Coral. 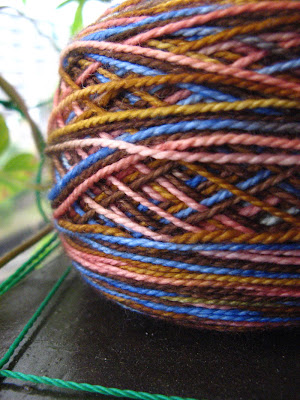 We have also hit peak season for the wearing of woolies.  The weather is just cold enough to need a sweater and a jacket and a scarf.  Heaven, I say!  Also, I have found out that wool skirts really do pack a major draft-banishing punch.  Which makes a whole lot of sense, considering.  But still, you sort of forget sometimes, because so many clothes are designed to be pretty rather than functional, and a Pendleton skirt manages to do both without sacrificing an iota of either.  I have to say, too, that Japanese houses are cold.  Even when I'm sitting in bed doing homework or procrastinating doing homework, I generally have long underwear, regular pants or skirt, a thermal or long-sleeved t-shirt, and a sweater on, along with house socks. 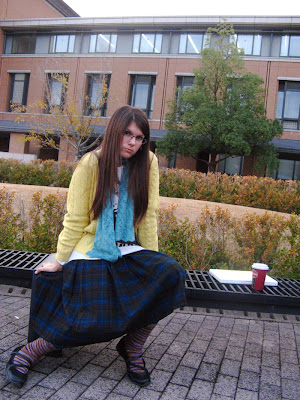 It's sort of nuts that I'm going to be back in Seattle in less than two weeks.  I have some major Christmas shopping to do, and some major errands to run once I get back, but first I gotta get through finals.  And I think the best way to describe my feelings on that are summed up with this picture. 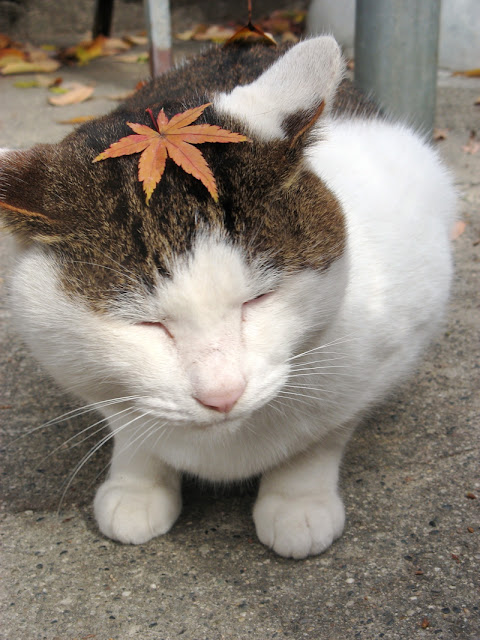 They look so cozy! I sort of enjoy having to wear a lot of layers inside. It feels more wintery and warm than having the heat turned up and wearing a t-shirt.