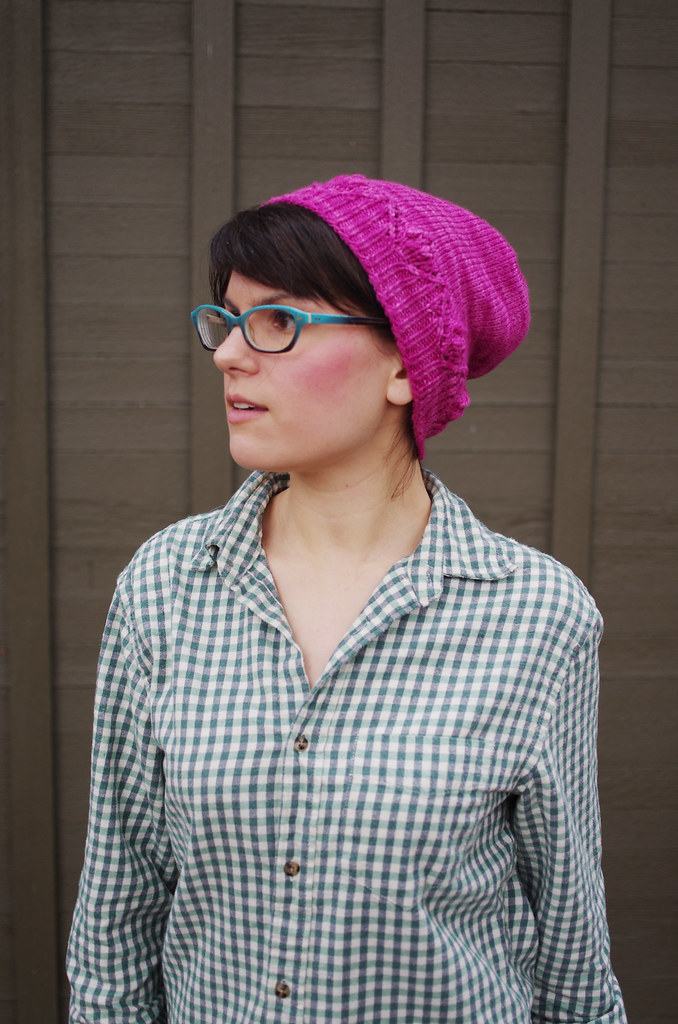 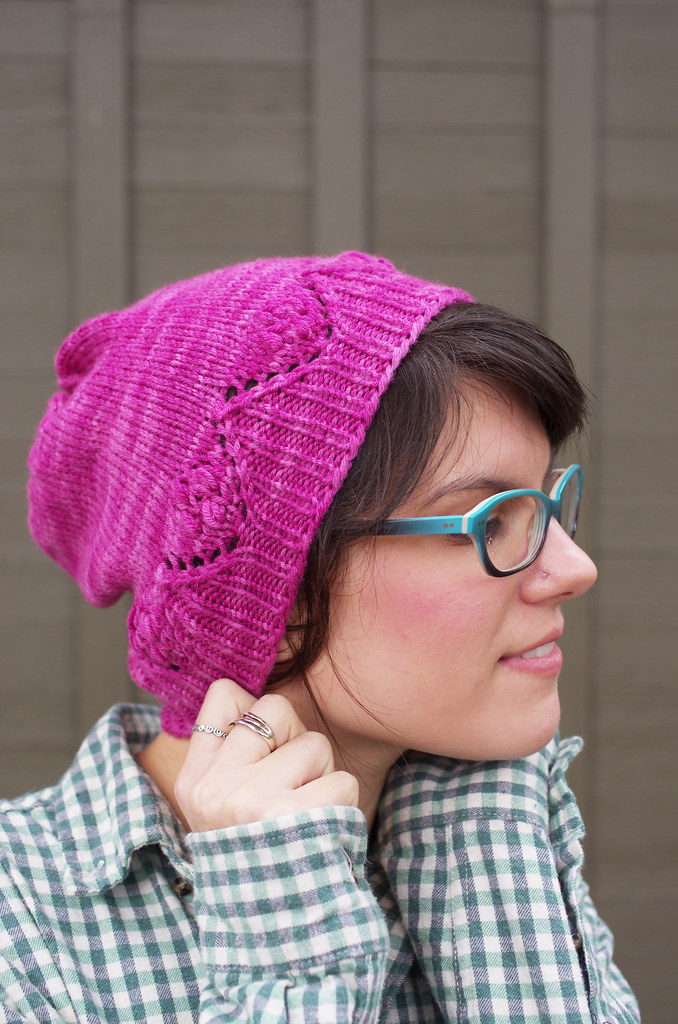 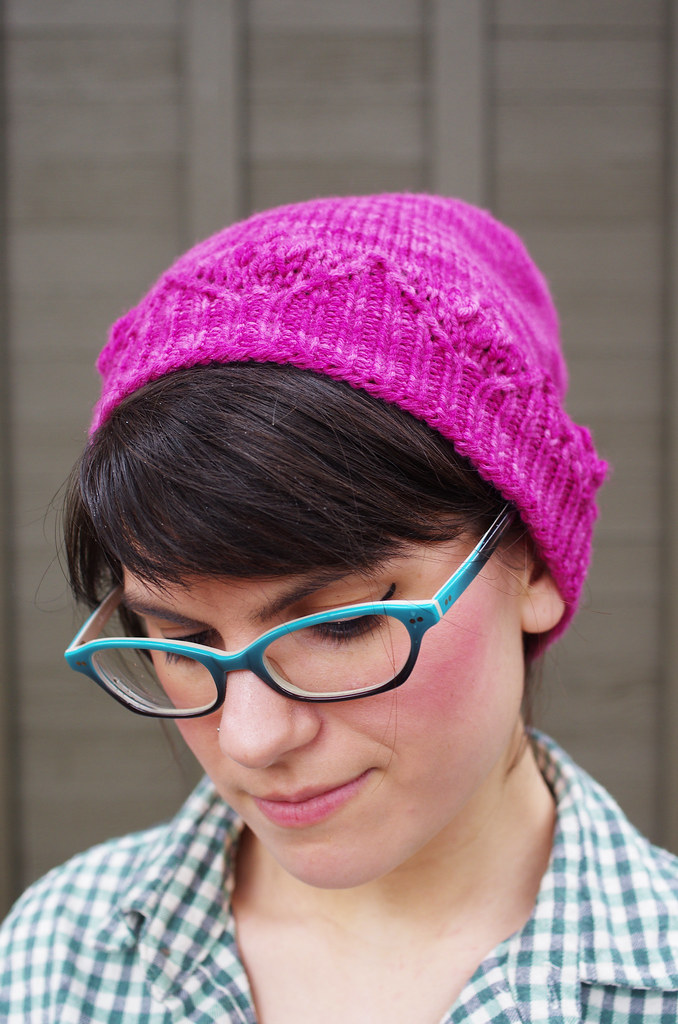 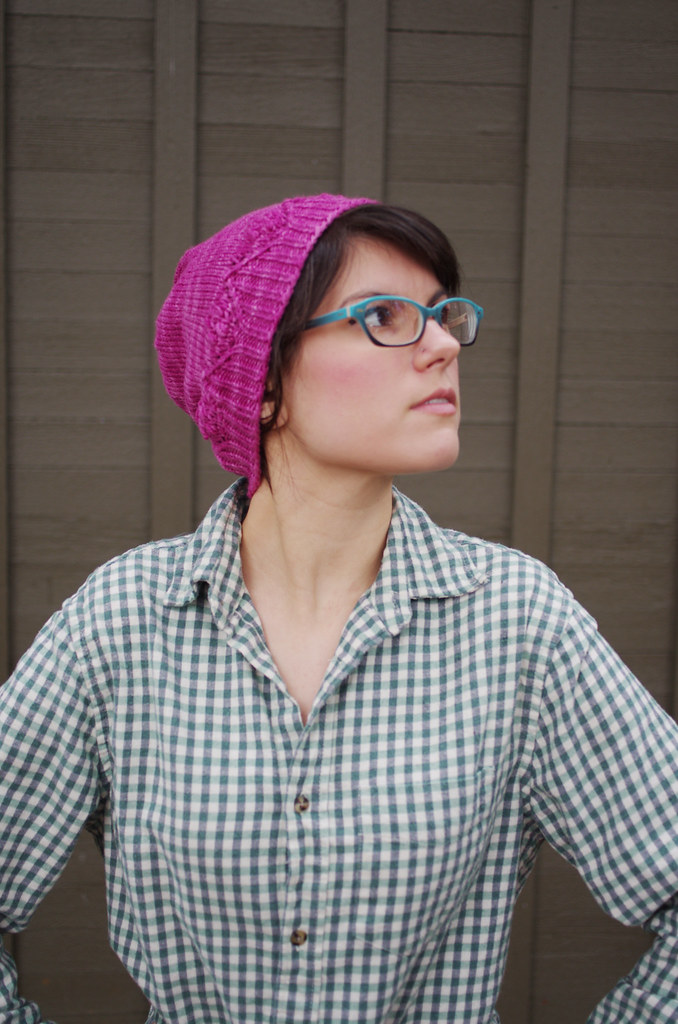 As I was writing up the pattern for Pip, I decided to knit a second sample to make sure that I remembered all of the details. I grabbed some yarn from my deep stash - some hot pink Classic Elite Waterlily, a yarn which is sadly discontinued - and got to knitting. Just a few days later, and blammo: hat!

It also just so happened that we were on the eastside for Lumberjack's grandma's birthday, and she lives less than a block from my old school, which I haven't been to in about ten years. The school isn't there anymore - I think it's a church building now - but the building itself is exactly the same. It was raining, but we managed to get some good shots on the south wall.

It was weirdly fitting to be taking photos at the same place where I first took photography classes when I was thirteen, on the grounds where I took lots of dumb pictures of my feet. I probably have a picture of this wall somewhere in my boxes of negatives!

And on a totally different note, I like that Pipette isn't just a feminization of the name Pip, it's also a laboratory instrument. Go science!