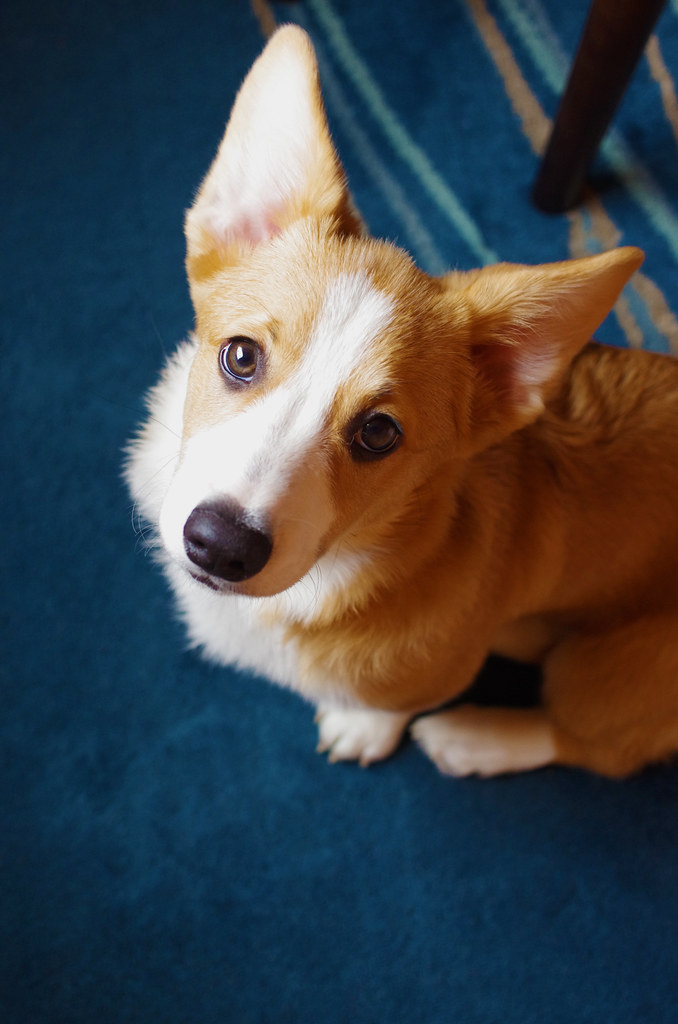 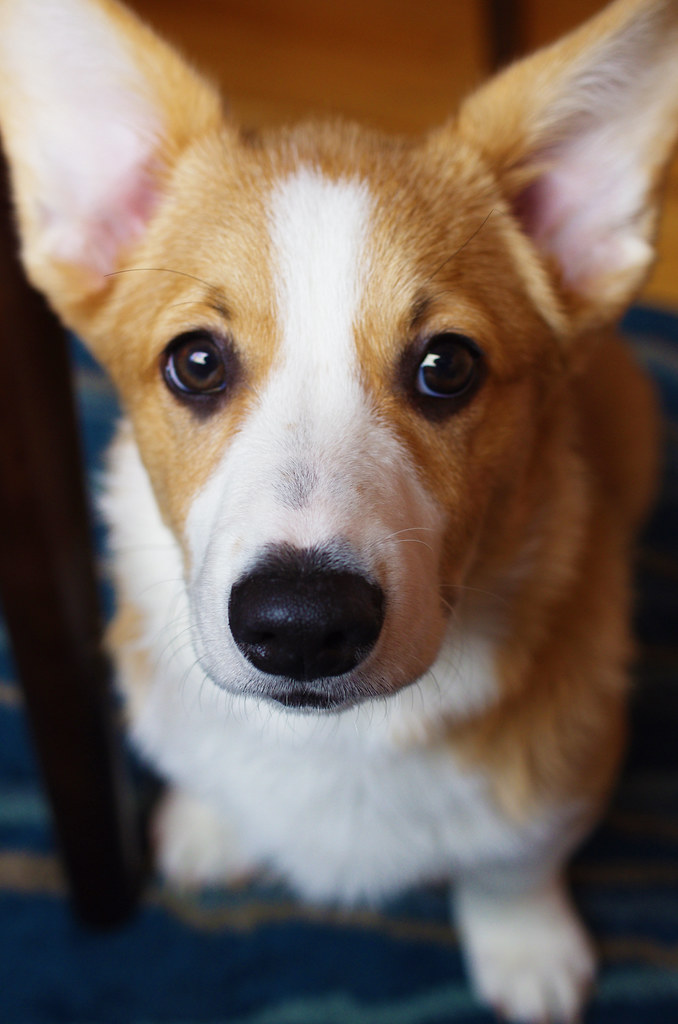 A few days into the new year, out of sheer luck and circumstance, Lumberjack and I found out that a local family needed to rehome a 3.5-month-old Pembroke Welsh Corgi puppy, and would we like to meet her? After a small amount of hyperventilating and crying, we brought her home last Sunday, and it's been an adventure ever since! We've taken to calling her Charlie (Charchar, Charmander, etc.) and she is a little bundle of energy.

We've been talking about adopting a dog off and on for several years, but wanted to have a stable living situation before we committed. We had originally talked about adopting a dog from a shelter, but I also had a not-so-secret dream of having a Corgi. Growing up, I had an awesome dog named Holly who was - as near as we could tell - a Corgi/Australian Blue Heeler mix. She was abandoned in the woods, pregnant, at a little under a year old, and she and her puppies survived long enough to be rescued and taken to the Humane Society, where we adopted her when I was four.

She was smart, sweet, and not a small amount stubborn. She was the best dog for car rides and afternoon cuddles; incredibly tolerant of my adolescent photography sessions; the kind of dog who would get her head stuck in an empty ice cream carton and have a sense of humor about it. She passed away right before I went to college, and I still miss her.

So between Holly and all the gentle, clever Corgis I've met at the shop over the years, I started to have a real soft spot for the breed.

Enter Ms Charlie, our Wonderpup - we've had her for a little over a week, and she's already melted her noodly little bum into our everyday lives. She's whip-smart, cuddly, and impulsive. She's already partially destroyed her favorite dragon toy, and she'll jump into your arms when she's lonely. She can lick a pair of earrings out of your ears in two seconds flat. Though I can only imagine how tough it is to let go of a beloved pup like her, I am so grateful to her family for raising such a wonderful little girl, and for giving us the opportunity to bring her into our lives.

Unsurprisingly, this little furball is a phenomenal amount of work, but she makes it fun. I mean, who could say no to that face? 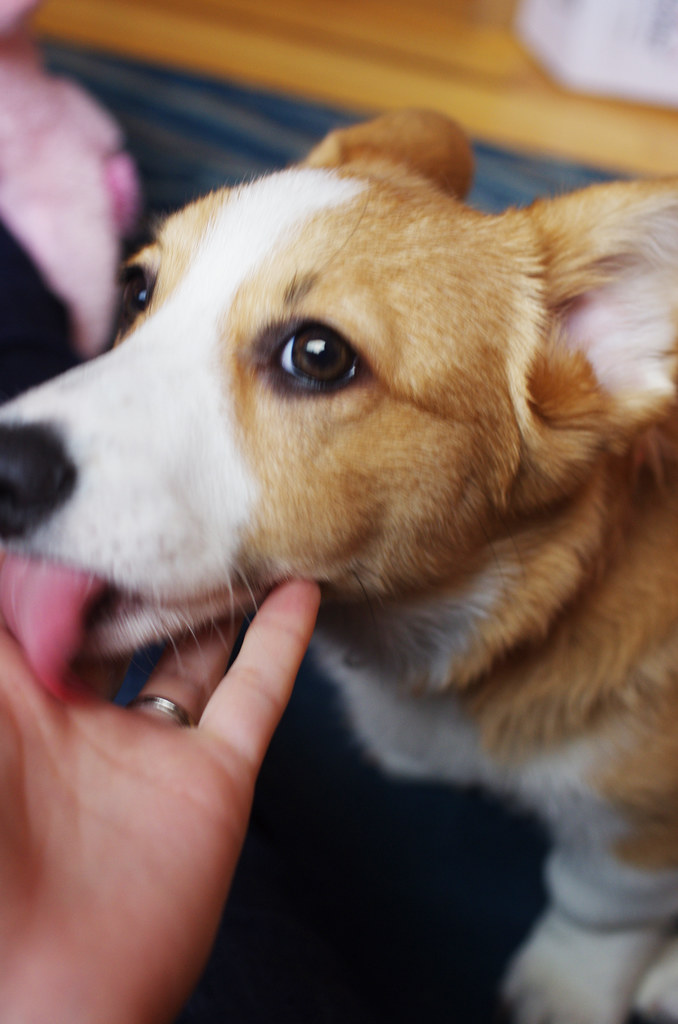 What a cutie!I have a corgi/blue heeler mix, which is weird because you don't hear of that mix much, but they really are the perfect dogs :)

Congratulations! Think of all the sweaters you can knit for her!

Yay puppy! She sounds like a wonderful addition to your little family, congratulations!

Yay, Corgis seem to be everywhere all of a sudden! I am a patron at the Fiber Arts LYS in Greenwood and a professional Dog Trainer. I currently have 2 purebred Corgis and a mix in my group classes. If I can help you with anything, please contact me, call or text, 206-799-0521 or www.PawsitiveStepsSeattle.com. Enjoy her, she is beautiful! Corgis are wonderful dogs! I wonder what happened and why they didn't return to the breeder? Regardless, she's in a good home, thankfully! Ser, if I can help you with her, please call or text me. And now to check out your knitting designs!