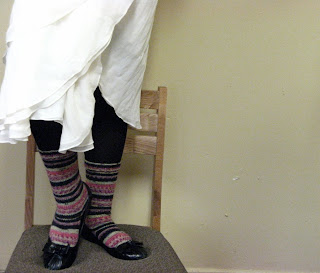 Bali socks! I started these the day before I left for Bali, thinking that I would probably finish them either on the plane, or on Nusa Penida. Well... that didn't happen on the way there. I get pretty airsick, so I ended up wearing a scopolamine patch that kept me knocked out. While on Nusa, it was so hot that I only finished one of the socks before totally giving up on wool. On the plane ride back, I had what ended up being a staph infection, and didn't feel much like knitting either way. Luckily, about a week after I got back, I decided to cast on for the second sock. It's just a plain sock with a short row heel to minimize the wacky striping that would happen with a heel flap and gusset. 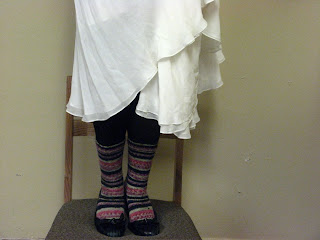 These have been done for a few weeks now, but it wasn't until yesterday that I actually wove in the ends... now they're off to Smith's to be a store sample. I just wanted to model them before I said goodbye. 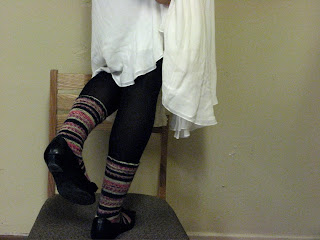