The family and I went to the beach this year for Christmas, as we have every year since I was fourteen. Well, actually, we went to Winthrop and rented a cabin in the snow the first year, but I think the five-hour drive with a blind, cranky old corgi mutt whining and farting in the backseat was a little too much for all of us. In any case, we've started going to Ocean Shores instead, which is a small, windy little town on the Washington coast. We eat coffee cake, watch a lot of movies, and I usually knit enough socks to clothe the feet of a small army. This year wasn't an exception, although there was definitely something different about it. Maybe it was the recession, or maybe Christmas just feels a little frantic and grasping this year because I'm old and disenchanted with college and probably just the world (just to be a little more melodramatic). Insert "damn kids and their ____ " gripe here. 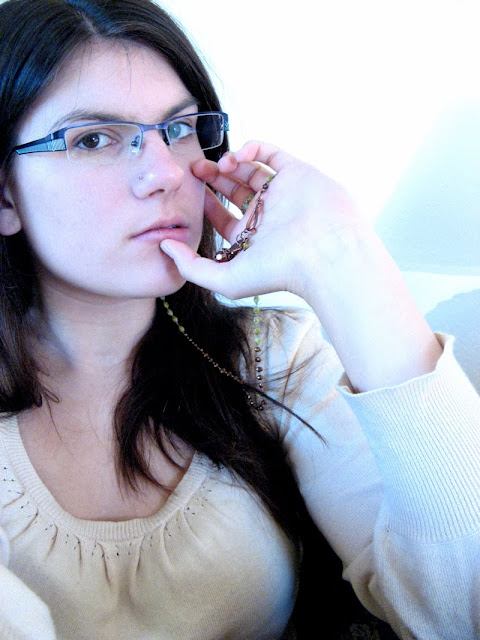 But there's good things too. Every year we visit this little shop that sells pieces from local artists. I've always found lovely little things - a handmade iron Celtic barrette, a necklace - and this year was no exception. I loved all of this artist's pieces, but this one in particular caught my eye. The price was incredibly low for a necklace, especially with the amount of detail that went into it. I love everyday objects that are incorporated into jewelry - coins, keys, and little metal rings. This one has a little bead with a hat that looks like an acorn. 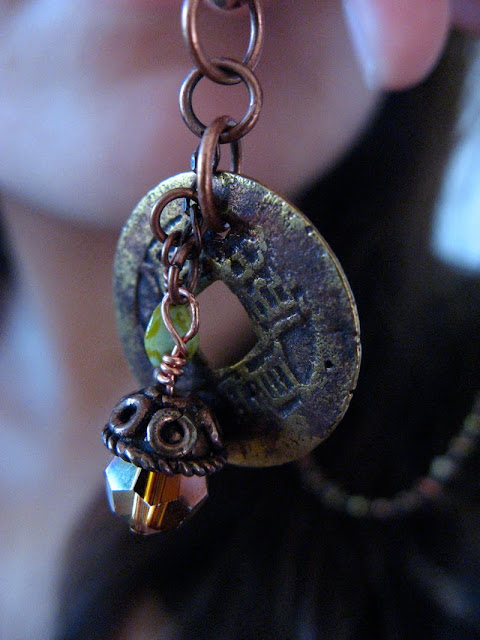 Hanging out with my parents and brother has been great too, especially since I only come home twice a year. I've been going for walks on the beach and having some serious cuddle time with this little gremlin. He's the new family dog, and although my parents were informed that he was some sort of chihuahua mix, they suspect that he's actually a Cairn Terrier mutt. He's got quite the underbite going on, he chews inappropriate objects, and he goes from zero to nap in five seconds on the lap of anyone willing to pick him up. He's sort of stinky and neurotic, and he's really growing on me. (Hopefully not like a fungus.) 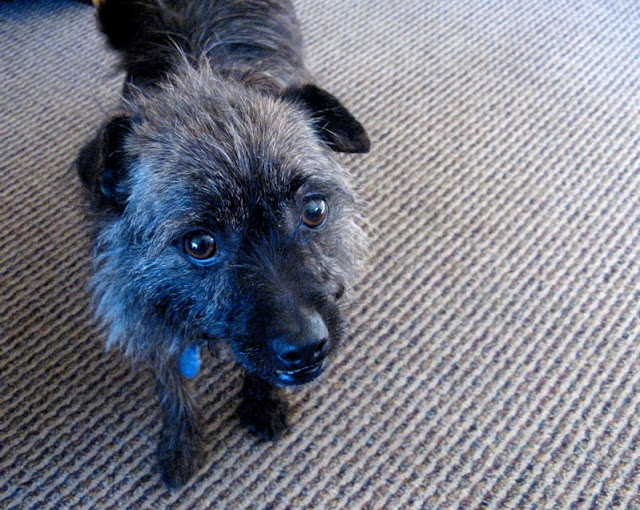 His name is Buddy, and he just wants to be your friend, gosh darn it.

Anyhow. Hope everyone who celebrates Christmas had a wonderful one, and for those who don't, I hope your December 25th was extremely relaxing. And full of cookies.
Posted by Cory Ellen at 4:26 PM