FO: Little Bird in the Briar 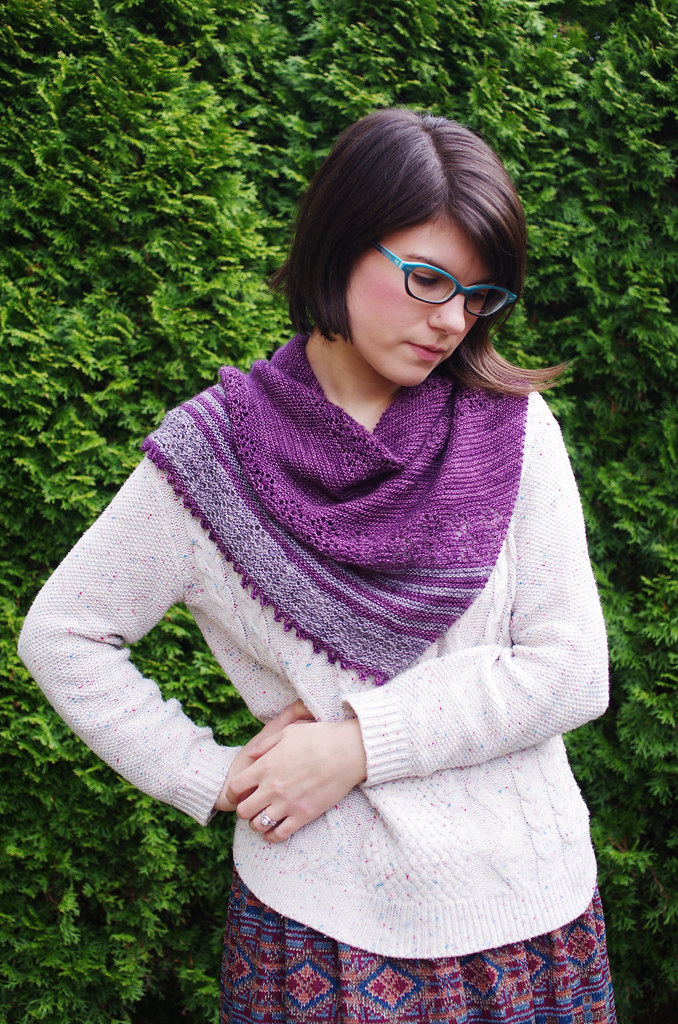 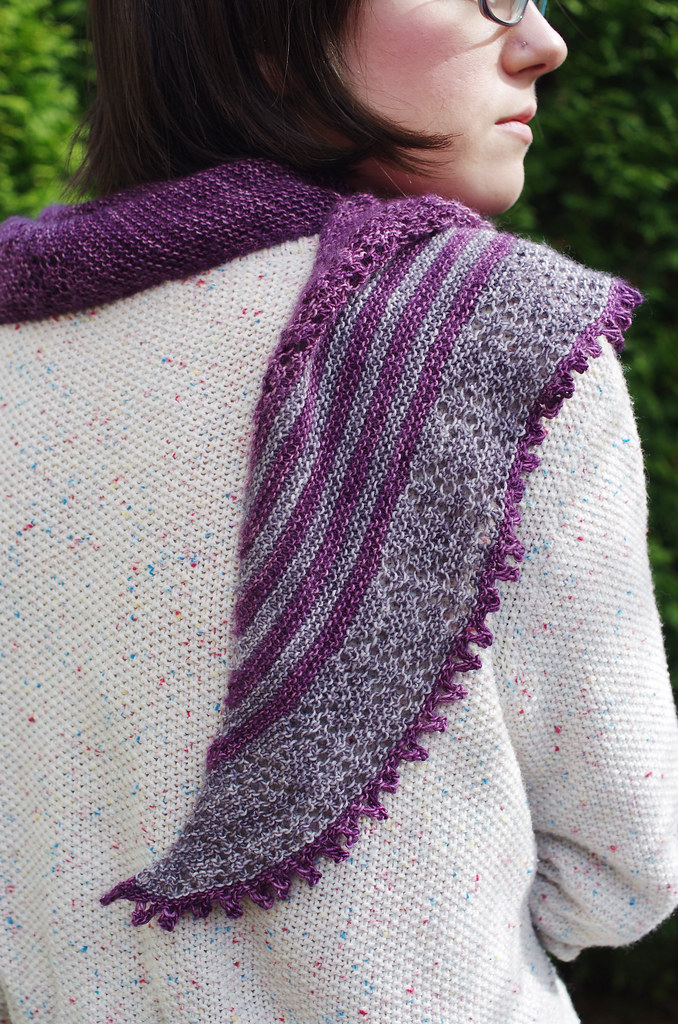 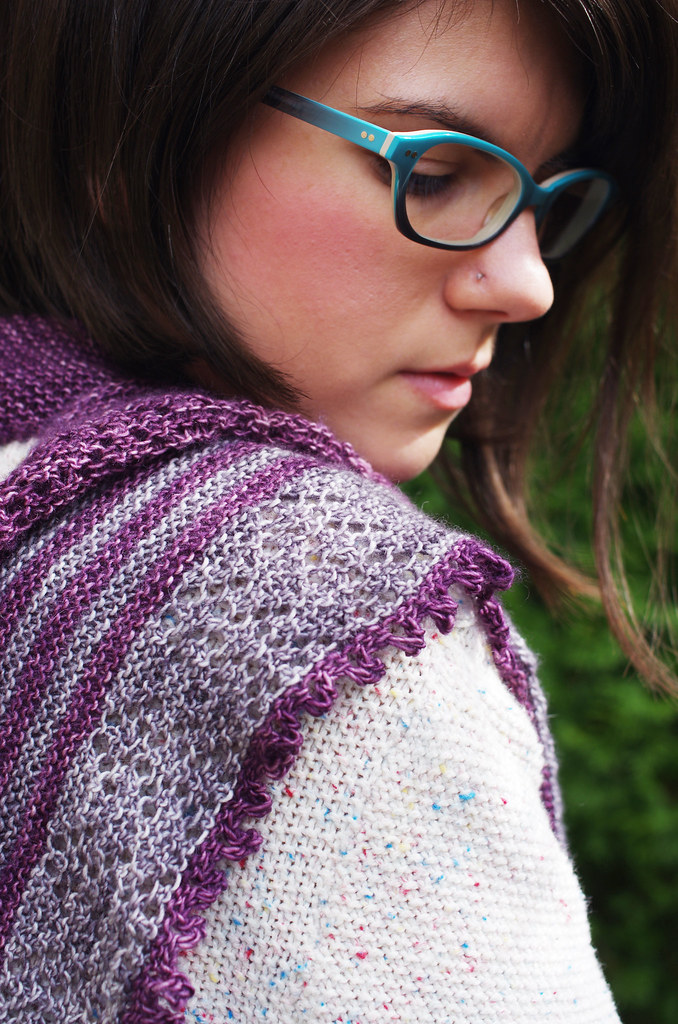 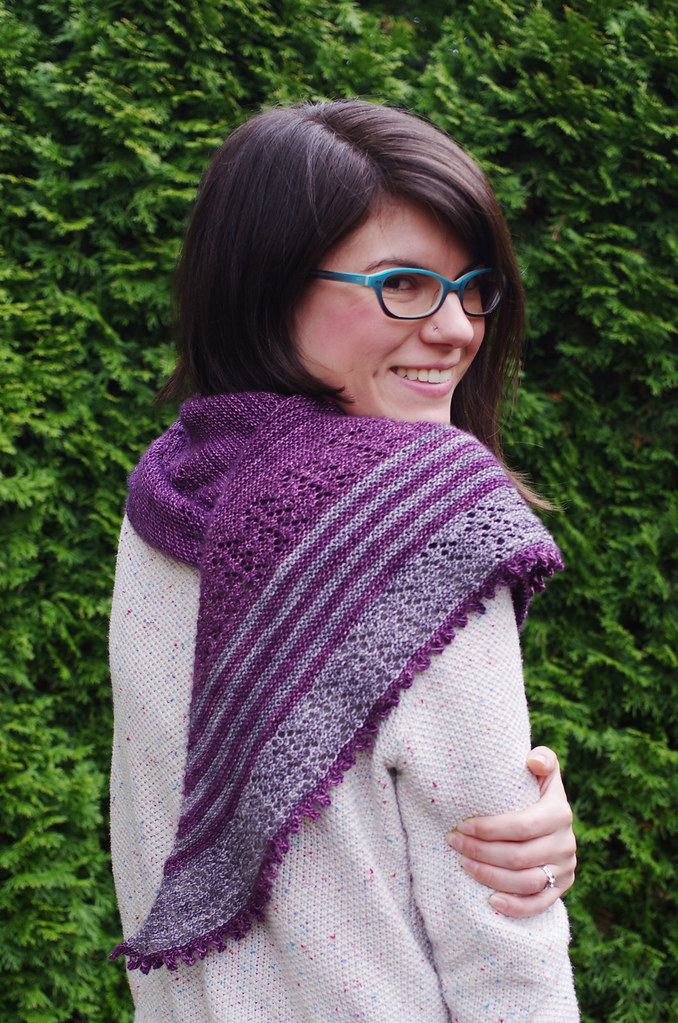 The making I do seems to run in cycles. I'll go for weeks or even months without finishing anything, and then suddenly, wham - it's all done, in a flood of wool, or cotton, or cashmere, or alpaca, or whatever. It's frustrating sometimes, because in all other aspects of my life, I'm a slow-and-steady kind of person, but it's happened enough in my crafting life that I'm starting to think I need to make peace with it.

I have a bit of a fear of putting the finishing touches on things, I think. It's the last moment at which the puddle of crappy fabric you've made has a chance to redeem itself before you uncover its true nature. If something is wrong, the finishing will out: a too-heavy yarn will stretch to its limp, saggy glory; the gauge swatch you ignored will mock you from its grave; fixes that seemed terribly clever in the moment will announce their incompetence (and by proxy, yours.)

And in my heart of practical hearts, I know that the success of a garment is often entirely in the fiddly, annoying, dumb parts of finishing - like clipping and grading the curve of a sewn seam, or threading blocking wires through 5,832,934 tiny fuzzy garter bumps on the side of an asymmetrical shawl at 10 o'clock at night in a poorly lit room, like Lumberjack and I did the other night. (Bless that man, for real.) These are the moments that make you look down at your pin-stuck, throbbing fingers and think, now, why do I do this again?

That said, I am pleasantly surprised by this knit, despite it being a total pain to block: a modified Nurmilintu shawl, which I knit to the end of the last repeat and realized was way too frigging short for my taste. I put it down for a bit in annoyance, then in a flash of brilliance a few weeks later, dug up some extra Tosh Merino Light, ad-libbed a striped garter and lace repeat, and - voila! I finished knitting the damn thing, and only the blocking remained to see if I was successful.

And, funny enough, I think I was. It grew and stretched its little wings into a light but substantial thing, long in the spine and gracefully curved. The bias of the fabric makes it fall in soft folds, and the stripe detail looks like it was meant to be there. I think it's the proportions of the pattern that made my unintentionally beautiful hack possible, but I'm pretty delighted with it nonetheless.

It's gorgeous! I love those colors, and the striped edge looks amazing :)

It turned out beautiful. Putting finishing touches on a nearly finished project can be tedious, but indeed, this step makes or breaks the garment.