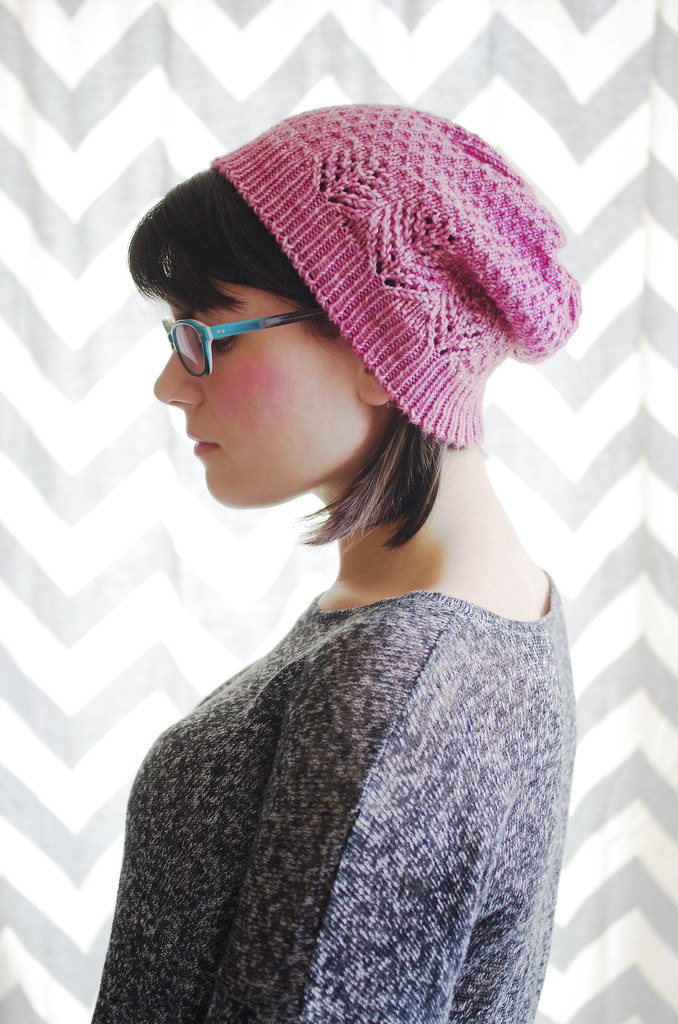 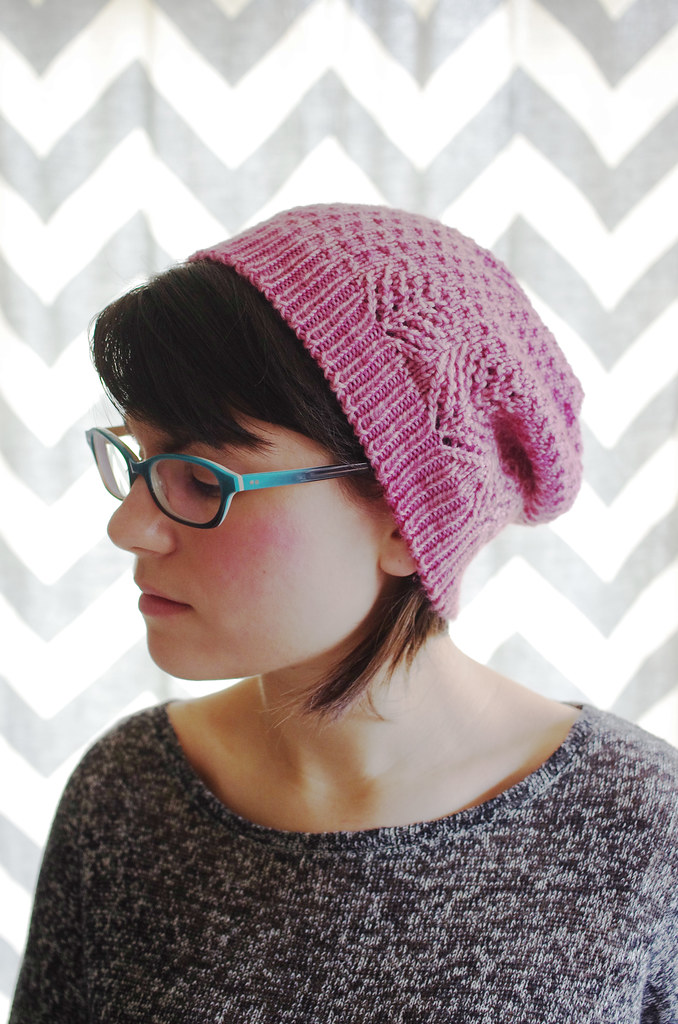 Sometimes the boundary between creative integrity and unreasonable self-criticism is a dark and murky line to tread. Take for example, this hat: I started and finished it a few weeks ago, and blocked it soon after, but I haven't had the heart to photograph it until now.

The reason? Because, in my infinite wisdom and forethought, I left it on my blocking table for a few days after it had dried. Each day I would walk by it, sitting in its little patch of sun, and think: now that is a good hat. It's pink and cute, and though it feels different than the original, I'm still quite fond of it.

It wasn't until I picked it up to weave in the ends that I had the sinking realization that while it basked in that bright patch of sunshine, the hat had faded from a clear, lovely pink to a tea-stained rose - just on the side that was facing the sun. A faint yellowed line marked the difference between front and back, and if I could tell, then goddamn it, anyone could.

So I got upset: with myself; with the yarn; with myself again. And I grumpily took photos, and I asked my fellow knitters for their advice. We all came down on the side of overdyeing it, and I let the matter rest until I could stomach the idea of actually doing it. 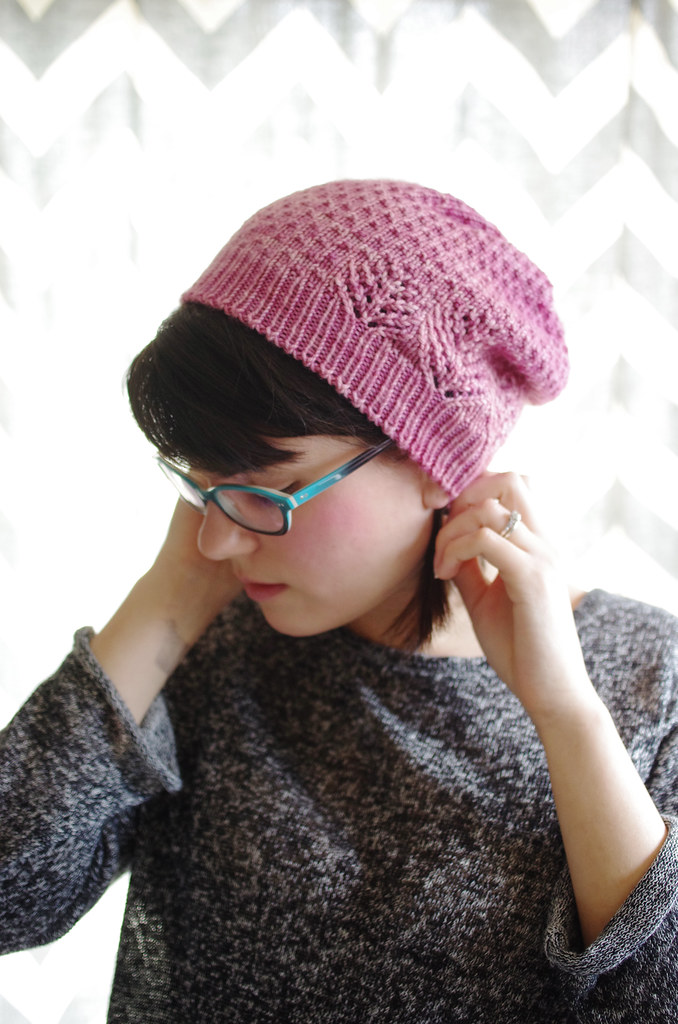 But yesterday, I picked up the hat, and I tried it on again. And somewhere between last week and this week, I unconsciously made the decision that sometimes 'good, not perfect' is good enough. I don't need to tear myself apart over a hat - a hat which, if I didn't point it out to anyone, wouldn't even register as flawed - just because it doesn't live up to my usual (read: unreasonably high) personal creative standards.

Because, for all my misgivings about it, the ethos that has served me best over the years is not perfection, but adventure. Without it, I never would have learned to knit socks, or gone to Indonesia, or gotten married; I wouldn't have built a ballgown, or worked at a yarn shop, or taken jazz piano lessons in Japan. All of those things were scary; they also define the moments at which I've been most thankful to be a human being.

So while perfection can be gorgeous, I don't want it, and neither does my hat. Which, if I do say so myself, is still pretty darn cute.

Details are on Ravelry here.

That hat is pretty darn cute. Sometimes perfection is good, but many times it's not worth the stress. I'm glad you gave yourself time to let the hat rest-I really love the pink, and it really does look like a fun little hat.

I love this hat. I wish I had it on my head right now. It matches my state of mind so perfectly. And I don't see a darn thing wrong with it either. It's just as it should be.

Amen to that! All I see is a darn cute pink hat. It is hard to let perfectionism go sometimes, I do feel your frustration. But it is in the moments that we take on an adventure that we create magic.

It still looks lovely to me!!

Quirks like that are what make handmade things special, if infuriating sometimes. It's a beautiful hat and I'm glad you made peace with it! I seem to be at a stage where all my FOs have some sort of weird mini disaster, I guess it's about loving them Regardless, after all the work you've put into them :) x

cute hat! Did you make your sweater too?