So, um, this needs to be a coat by next Sunday. 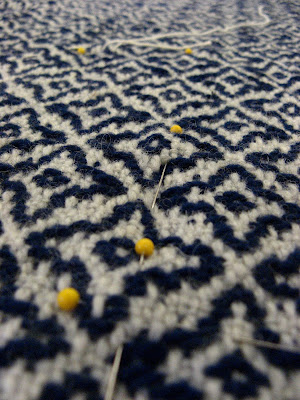 Yesterday, I spent two hours staring at my fabric to make sure that both of my sleeves were the exact same size and placement on pattern. I measured eighty billion times from eighty billion different guiding marks to make sure that the curves of the sleeve caps were the same on both sides and on both sleeves. People started making fun of me because I just couldn't stop obsessing with the pins before sewing in the guide threads. 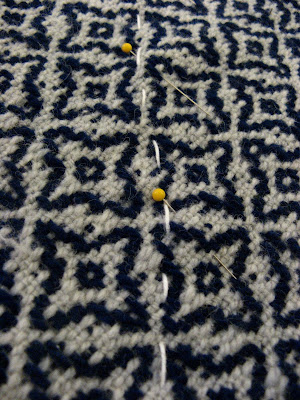 I feel vaguely as though this process should involve calculus.

Well anyhow, today, I did the same thing, but with the easing of the sleeve caps into the shoulders of the coat. I finished at 6ish, after pretty much doing the same dance of pin, sew, cut, furrow eyebrows at fabric for an hour and a half, for five hours. Sheesh. But tonight, the shoulders were sewn and sleeve set in - a great success after much contemplation and consumption of cookie bars. 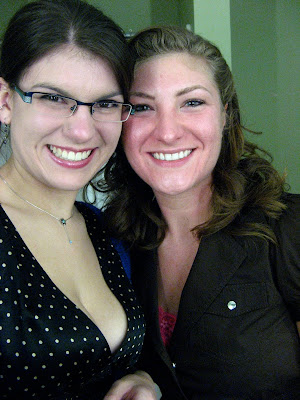 And, luckily there are still enough hours in the day for fun - yay for housemates returning!

I'm going in this weekend, too. With any luck, this baby will be finished, with a lining and a proper hem, a little more than a week from now.

I feel so much more kinship with Project Runway contestants than I used to.
Posted by Cory Ellen at 12:17 AM

Ohhh project runway. I know how you feel!