Plans... and some progress 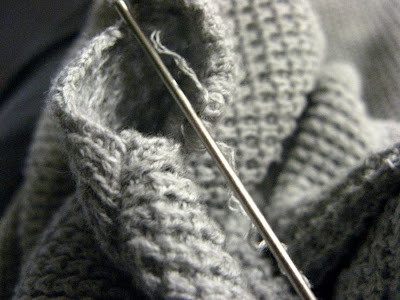 This sweater has been sitting in my to-fix pile for about a year. I bought it at the Gap last February or so, and wore it constantly for about two weeks before one of the shoulder seams ripped out. Another sweater that I bought at the same time was improperly finished, so the cuffs were coming undone from the sweater at the wrists, and I tried to return them, but was only able to get about $40 of a $110 purchase refunded. I had second thoughts, and decided that even if their finishing job was crappy, I could fix it pretty easily.

And then it sat in my to-fix pile for about a year. The pieces were originally crocheted together, and I thought that I really needed to maintain the same seaming if I wanted the sweater to look right. But, a few nights ago I got fed up and sort of haphazardly stitched it back into place instead of attempting to crochet the seam... and what do you know, it looks fine and is wearable again. 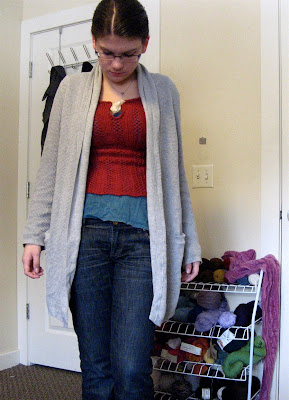 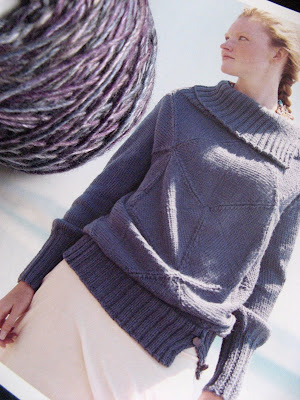 Hopefully next up in the sweater knitting will be the Bubble Pullover, which I'm scheming about making in Cascade Lana Bambu, a gorgeous, slightly variegated aran weight single. I used to have a turtleneck about the same color that was ruined in Indonesia, so I'm excited to have something similar back in my wardrobe.

And, lastly, the coat (now christened the Narnia Coat) is growing. It looks huge and silly here, but this was before sewing the side seams, the bottom and sleeves are still not hemmed, the back needs a dart, and the collar is going to be a shawl collar and not the gigantic rectangle seen here. Progress has been made, but it still has a ways to go. 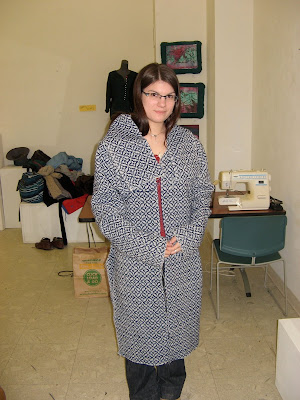