So although the four-month period in which I don't really have a life has already started, I've still been thinking about some of my knitting goals for this year.

1.  Knit up at least 1 skein of my laceweight silk.  It's one relatively old part of my stash that has yet to be touched. 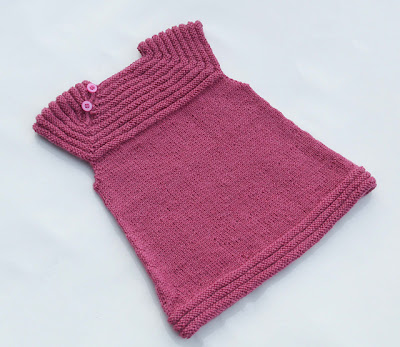 2.  Knit at least 2 baby things!  We're not planning to have kids anytime in the near future, but baby garments are little and cute and I've never made any before. 4.  Knit more sweaters.  (I always say this.)  But no, really - knit more sweaters.  I finished my last one in October of 2011, and that's kinda sad.  Plus, I have a lot of sweater amounts of yarn in my stash.  Let's say I should knit at least 8 sweaters, since I have several in progress and have to knit 4 total for the fashion show already. 5.  My sock drawer is looking a little sad.  Therefore, I should knit 12 pairs of socks!  (This might be totally nutbars, but hey, I can dream, right?) 6.  Either finish, frog, or fix as many of my works in progress as possible.  Currently, I have two hats, four sweaters, five shawls, and various and sundry socks, scarves, and handwarmers on the needles or unblocked, and I would like to clear out my WIP bin!  I would also like to say that I'll do all of them, but let's not get ahead of ourselves here. 7.  Knit from deep stash and festival/travel stash as much as possible.  I still have yarn in my stash from when I was a super new knitter, from about early 2007 on.  My tastes have changed since then, but I still haven't let go of certain yarns, I think because I actually still like them.  It's time for them to turn into things!

My main festival stashes are from the Great Lakes Fiber Show (Ohio, May 2010 & 2011), Sock Summit (Portland, July 2011), Yarn Con (Chicago, 2009), and Madrona (Tacoma, February 2012); my travel stashes are mainly from Japan in fall 2010 and Iceland in October 2012.  I would really love to knit up at least 1 project from each of these stashes.  I have previously considered them too special to knit, but I need to get over that, because you never really know how special a yarn is until you knit with it!

So, these goals might be unreasonable, especially considering how much work I need to do for the fashion show, but I'm going to try my best to keep them in mind as I plan my 2013 knitting.

I will also say that because I am working monogamously on my Ondrea cardigan, I'm totally indulging in Knit Planning as my yarny fantasy life.  Stash yarn has never looked better than it does right now.

Hope everyone's having a good week!