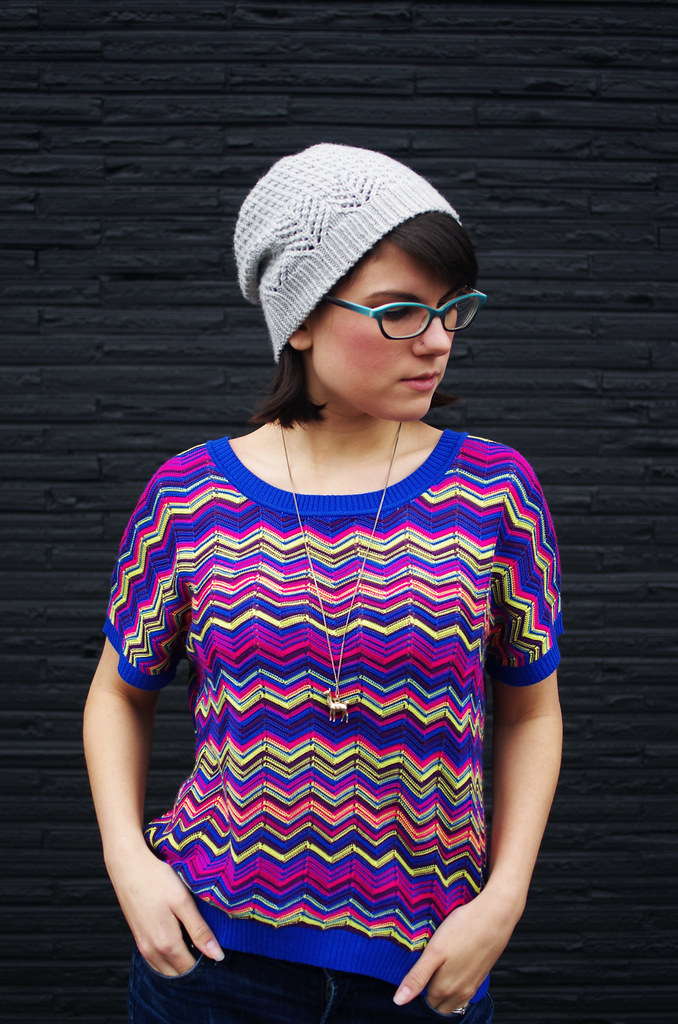 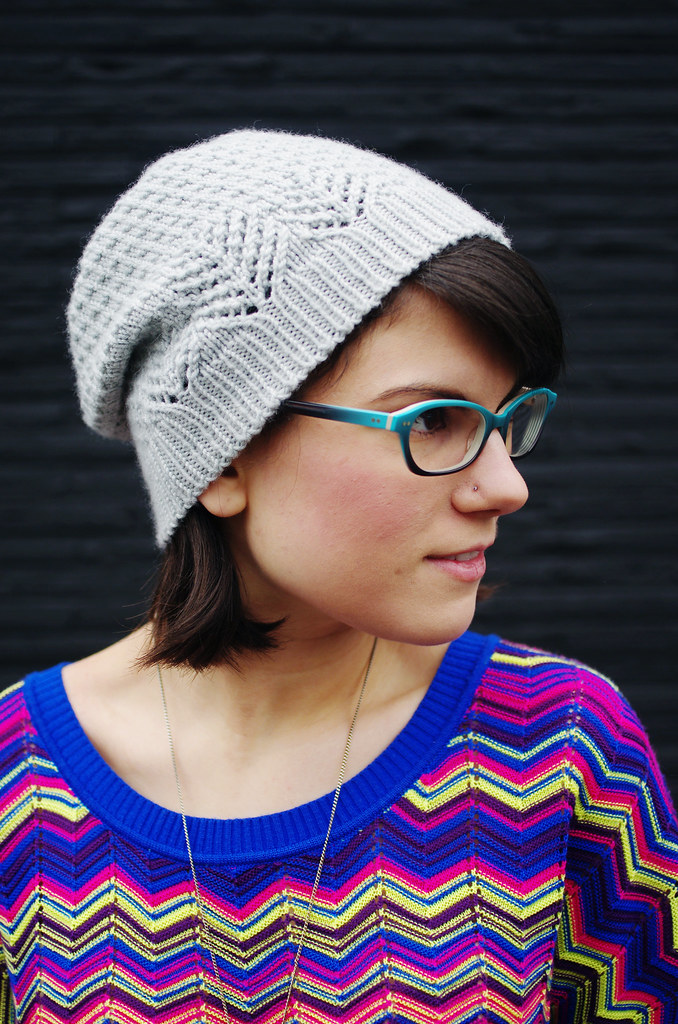 Although I finished my Talus hat design sample a while back, it's been a challenge to get it photographed in a way that I'm happy with! I'd done two different shoots with it, neither of which really showed the hat off very well, and I was getting frustrated with my somewhat limited wardrobe options.

But it ended up working itself out, because last week, I went on a thrifting excursion and majorly refreshed my closet with some new-to-me sweaters... and when I went to fold this kicky Missoni-esque blouse after washing, I realized that it fit the feeling I wanted for the hat perfectly!

I didn't want to do a "look, it's trees, I'm in the woods!" kind of outfit, so instead I decided to pair the hat with something more modern and graphic. Also, because it's winter in Seattle and everything is either dead or concrete, it's been difficult to find a background that the hat didn't blend in to! Then I remembered this wall, just down the street from my work, and realized it was just the right color. So last weekend, Lumberjack came with me over to Greenwood for a quick photoshoot, and now I have the pictures I wanted.

I'm working up the pattern right now, and hoping to whisk it off to test knitters soon!

That is so cute! And you were right to wait; this photo shoot is a winner.