This week was uch - I had two exams on Friday, which went half-well. I felt pretty good about my chemistry exam, but not so much the calculus one. Damn you, infinite series!! But I did finish two projects, one of which had been in progress for over a year. Behold, pink sweater: 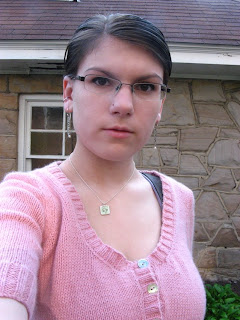 I wasn't really able to get a full picture of it, due to my ridiculous lack of Skills of a Photographer. But you can see the button band, which actually turned out pretty well, and which was the reason I dropped this project last June and never picked it up again. I happened to have the perfect color of thread to attach the buttons, so I wove in the ends and sewed on the buttons on Tuesday and wore it on Wednesday. I saw a couple of my knitting friends around campus, and they all smiled at me knowingly and asked if I had made my sweater, to which I could finally say, "Heck yes I did!"

The boy person approved. We went out for a walk and some whole wheat donuts at the little memorial park right off campus, and while we were sitting on a park bench, he petted my shoulder and made faces at the sweater. Hahah. 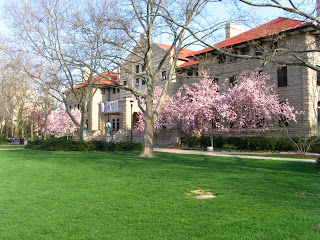 The weather in Ohio has gotten absolutely amazing in the last week or so. The magnolias are blooming everywhere, and the apple and cherry blossoms are starting to come out, too. I spent a lot of time outside this week, studying calculus on the porch of the student union, underneath the massive amounts of bee-filled magnolias. And the only reason that the above picture isn't full of hippies is because it was 8 in the morning, way too early for them to be awake! 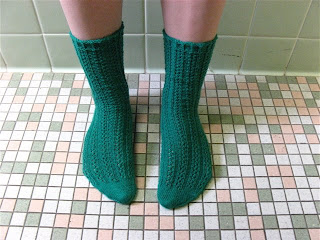