Hokay, so.  I'm finding it really (really really) helpful to list out all of these things I'm hoping to knit this year.  So here's another list, for fun and profit!  (Although not actually profit.  Unless perhaps you count Money Not Spent On Yarn as profit.)

Which is not to say I have absolutely no sweater's quantities in my stash.  I do.  But they tend to be for little shells, short-sleeved numbers, and such.  I've found that once I have a sweater shape that works for me, I do wear it.  The best bets for me so far are little fitted shells, drapey vest-like layers, and big cozy sweaters.  These are the garments I actually reach for (on purpose!) when I'm wearing my hand-knits.  (On a slightly related tangent: The little vintagey mohair lace sweater that I knit as a shop sample was absurdly fun to make.  Why don't I do this more?)

I am hoping to keep my aspirations reasonable, though, by taking my measly sweater-knitting from last year and tacking on 1 extra sweater. 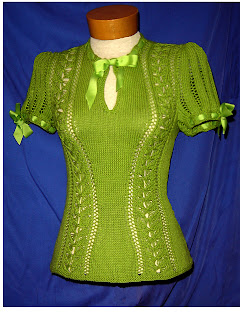 2.  Dominique (2nd picture of Preview) by Mathew Gagny, from Knitting off the Axis, using 8 balls of Portland Tweed (960 yards) (In progress since December 2011) 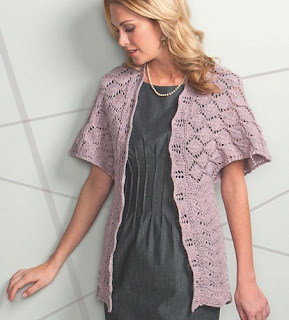 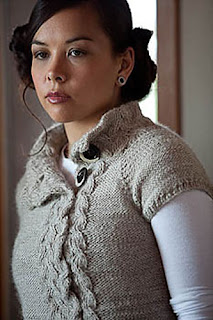 Two of these sweaters I already have on the needles and need to get cracking on.  The turquoise alpaca is deep, deep stash: I bought it when I was on leave from college for a year back in 2006/2007, which is only six months or so after I got really into knitting.  It's hipster alpaca - it was stash before being stash was cool.  I've had Rosamund's Cardigan queued for a long time and had begun to lose faith in my pattern choice, but then I saw a knitting friend's super cute version and my faith was restored.  The Lana Bambu is about the same color of a sweater I used to have and wore literally to death.  I brought it with me to Indonesia and wore it every day I was there, then an unfortunate washing accident rendered it fun-sized when I got home.

I'm really crossing my fingers that I can get myself motivated enough to knit me some sweaters.  Hopefully, the Lists will save the day!

All sweater images copyright their designers and/or publishers.
Posted by Cory Ellen Boberg at 8:00 AM

Cute!! Maybe someday I will have the courage to try knitting a sweater...

I think Rosamund's Cardigan will be very flattering on you. I wish I could say the same for me. I have been admiring that pattern for a while and have come to the conclusion that it just won't work on my body. I can enjoy it vicariously if you knit it and blog about it.